You grant your consent to all cookies by clicking on the “Accept all” button. If you want to accept only technically necessary cookies, click on the “Only necessary“ button.

About us > International projects > Mongolia

The Czech Republic development cooperation project entitled Rehabilitation of water resources supplying drinking water for the city of Ulaanbaatar was carried out from 2011 to 2013 by the company VODNÍ ZDROJE, a.s. based on the assignment and with the help of the Czech Development Agency as well as the Mongolian Water Supply and Sewerage System Management Company of the City of Ulaanbaatar (USUG). The goal of the project was to help local authorities satisfy the increasing requirements for the quantity and quality of drinking water for the rapidly developing capital city of Ulaanbaatar. 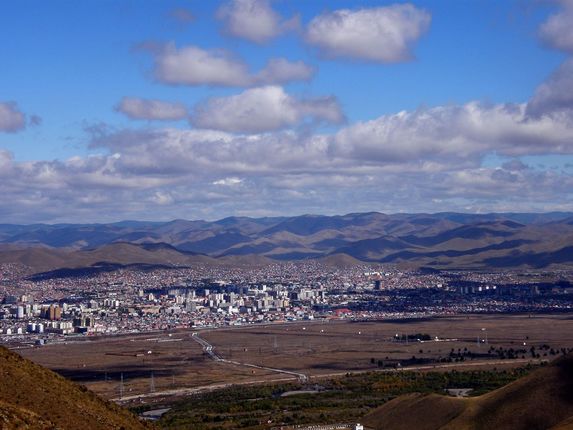 The main goal of the operations was to increase the yield of the wells in the “Central Source Area” and “Source Area of Gachuurt”. In addition to that, the project focused on imparting know-how in the area of long-term sustainable water resources management to the experts and staff of the Mongolian partner USUG, and on ensuring the protection of the source areas from contamination.

The Central Source Area and the Source Area of Gachuurt are situated in the south eastern part of the city of Ulaanbaatar in the valley of the Tuul River, covering an area of approx. 30 km2. They are the most important water supplying areas, providing about 80% of the water for the city. Water is pumped by an obsolete system of wells that were drilled mainly in the 1970s and 1980s in a thick Quaternary aquifer (of an average thickness of 30-40m) composed of coarse-grained sands and gravels.

At the start of the project, it was necessary to determine the condition of the wells in both source areas. Research of available archival records, pumping tests, camera inspections, and laboratory analysis of groundwater at the existing pumping and monitoring facilities were carried out. This investigation showed that all the facilities were in a very neglected condition, suffering from mechanical damage of the well equipment, corrosion of the piping, and very thick iron encrustations virtually preventing water from entering the wells.

The next step was the regeneration of the wells itself, which was carried out both mechanically by brushing and high-pressure water, and chemically using a strong solution of citric acid and hydrogen peroxide. After the regeneration, control pumping tests and camera inspections of the wells were carried out to determine its efficiency. In several cases, however, the regeneration was found to be insufficient. Therefore it was suggested that the old steel drop pipes, heavily clogged by iron encrustations, should be replaced with new plastic piping, which is much more resistant to build-up. This measure was subsequently approved of and carried out in spring 2013. 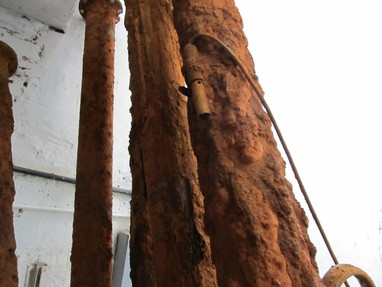 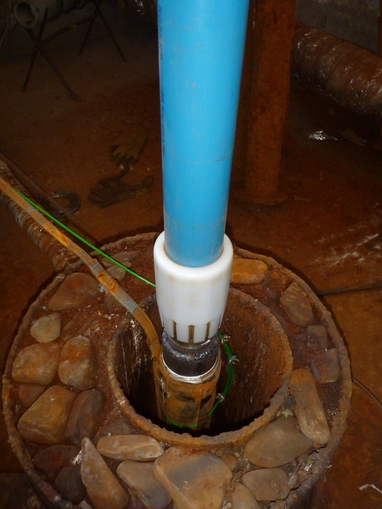 For efficient management of both source areas, a network of observation wells is needed in addition to extraction wells. However, virtually all the wells of the original network of monitoring wells had been either backfilled or were found to be in such a precarious state that they had virtually no hydraulic connection with the aquifer. For these reasons the original network was replaced with 18 new drilled monitoring wells, the distribution of which now ensures sufficient information on the condition of the Quaternary aquifer.

Further steps leading to more efficient management of the source areas included devising pumping schedules for the extraction wells taking into account different scenarios, such as drought or contaminant leakage, highlighting areas of potential contaminant leakage in the vicinity of the source areas as well as assessing the scope of such events. This information was used to create a basic hydrodynamic groundwater flow model for the areas in question. This 3D model was created using the Visual MODFLOW software on the basis of the field investigation data (evaluation of pumping tests, geological logging of the new wells, geodetic survey within the source areas, survey of groundwater as well as surface water levels, highlighting areas of potential contaminant leakage), further archival records (geological logging and geodetic survey of the wells in the past, digital terrain model, meteorological data), and finally regime data provided by the company USUG (amounts of groundwater pumped at each well). Two versions of the basic model were developed: Fully operational state of the pumping facilities, and Natural state of groundwater flow in the source areas. After the basic model was accomplished, plans (scenarios) including sustainable pumping rates, emergency response plans as well as designs of drinking water source protection zones were developed.

A vital part of the project was imparting know-how to the personnel of the company USUG in the areas of regeneration and efficient long-term well maintenance. During the implementation of the project, the responsible staff were trained in both mechanical and chemical rehabilitation (preparation and application of the chemicals). In addition, they were trained in using the downhole TV camera which was solemnly handed over to the company USUG at the end of the project. For better understanding of the matter, local experts in the field were used to facilitate acquiring new skills in the native language and adapt the style and pace of learning to the local level. 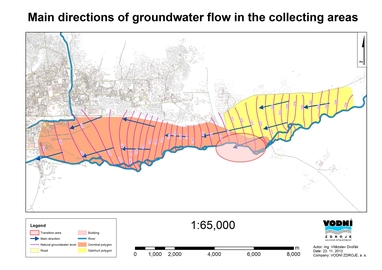 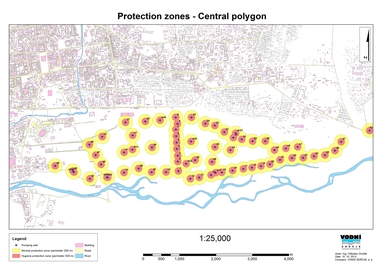 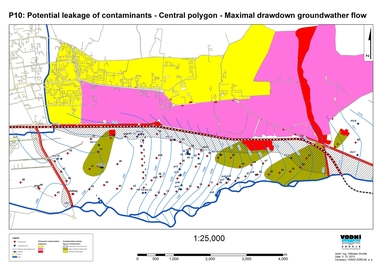 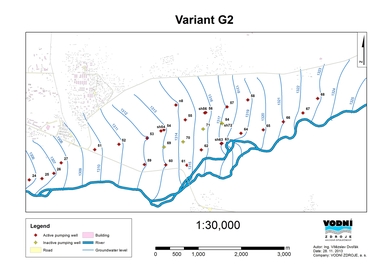 The evaluation of the project showed that specific yields of all the extraction wells increased by more than 15% in the course of the project (the required increase in specific yield was 10-15%), which was confirmed by the difference in results of hydrodynamic pumping tests before and after regeneration. In addition to that, skills concerning well regeneration including the use of a downhole TV camera were imparted to the Mongolian partner (and the camera itself donated), foundations were laid for the protection of the source areas including suggestions for protection zones, areas of potential contaminant leakage as well as plans for sustainable exploitation (there was no comprehensive approach toward the protection of the source areas before this risk analysis was made). The project Rehabilitation of water resources supplying drinking water for the city of Ulaanbaatar, Mongolia met all the requirements of the assignment and enabled to provide safe drinking water for everyday use for both the present and future inhabitants of Ulaanbaatar.�

Link to the news on the completion of the project and the handing-over ceremony in 2013 on our website can be found here.

Link to the website of the Embassy of the Czech Republic in Mongolia containing information about the handing-over ceremony and completion of the project can be found here.